In the heart of the Julian Alps inside the National Park of Triglav above the beautiful Lake of Bohinj is situated the ski resort Vogel. The environment of the Alps and an impressive view, give to this ski-resort a special charm. One of the characteristic, that more and more guests appreciate, is the peaceful and quiet surrounding, free of the crowd that You can usually find on other ski-resorts.
Because of it’s position, Vogel is one of the rare ski-resort on which You can ski on the natural snow till may, in favour of which testifies the thing that there are no snow cannons for artificial snow.
The ski-paths of the ski-resort Vogel are spread inside the leap from 1535-1800m of highness, far above the Lake of Bohinj, and are reachable only with wiryes. The ski-resort has 36km of adapted ski –paths which are divided in: 18 km of ski-paths for Nordic skiing, 1,5 km of beginner paths, intermediate ski-paths 4,5 km and professional ski-paths 12km, that cover the total surface of 55 hectares.
Even if on the high location, surrounded by the massive of Alps, Vogel as a ski-resort has not such demanding ski-paths, and most of them are appropiate for beginners and intermediate skiiers. Although, for professional skiers there are a little bit demanding ski-paths who asks for a certain experience in skiing, and for those that are in search of really exciting skiing there is a possibility, when the weather allows, skiing on off ski-paths tracks. The ski-paths are illuminated so there is a possibility of night skiing. In brief the Vogel ski-resort is an ideal place for those who just enjoy in the snow, sun and the views that leaves them breathless.
Except skiing, on Vogel there is a real mini-paradise for snowboarders. Namely there is an arranged snowboard park with ski jumps on which will enjoy the enthusiastic of this adrenaline filled sport.
If you come as an inexperienced skier or as beginners don’t worry, there are skiing and snowboarding schools offering different programs.
Vogel is a ski-resort that still has that calm, family atmosphere and has not fell under the –charm- of massive ski tourism and as it is an ideal destination for those who want to spend an active holiday in a relaxing atmosphere or just fill up yourself with energy after a stressful working period. In favour of that tells the off season offer. In that period is possible to enjoy in organized thematic excursions and trips (botanical, photographing wild animals, hiking on Vogel), walking on signed tracks, paragliding, horse-riding, cycling and different water sports-swimming, kayak and canoe ryding, hydrospeed ryding and etc.
Guests can find accomodation in the places under the ski resort and in the neighbourhood: Ukanc, Ribičev Laz, Stara Fužina… In the offer there are hotels, touristic villages, rooms, camps, inns, bungalows, apartments and private houses and many restaurants, taverns, guesthouse, pizzeria and bars in which You can enjoy in a rich gastronomic offer in a company of Your friends and family, under the supervision of the host who will, with his kindness and quality service, take care that You feel like at home. 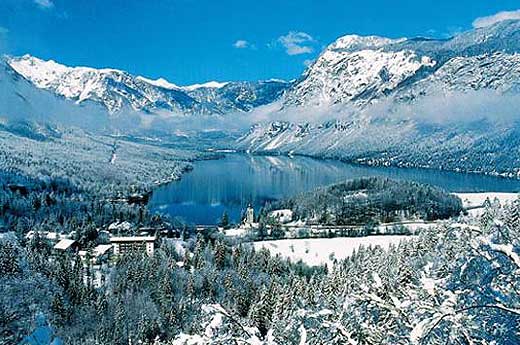 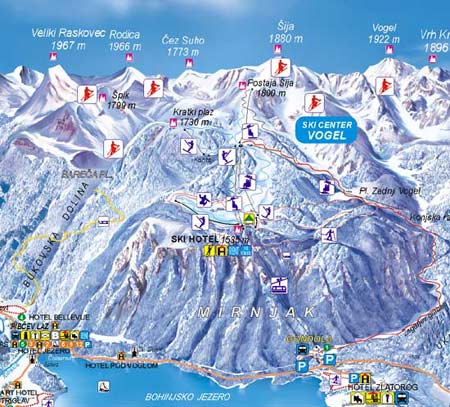 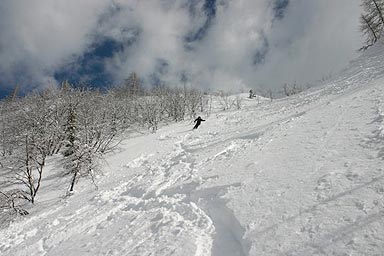