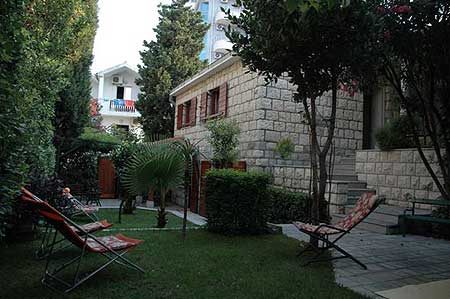 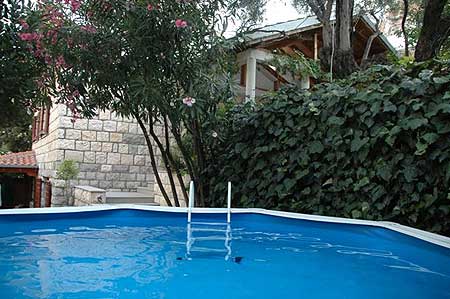 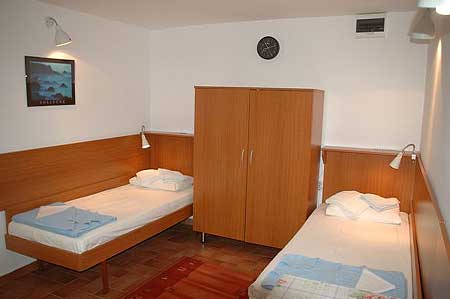 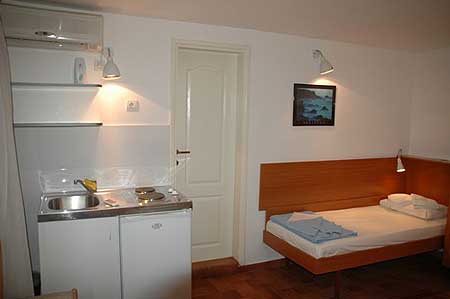 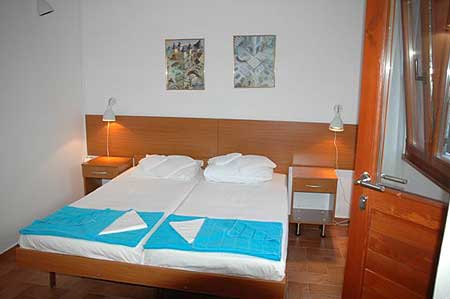 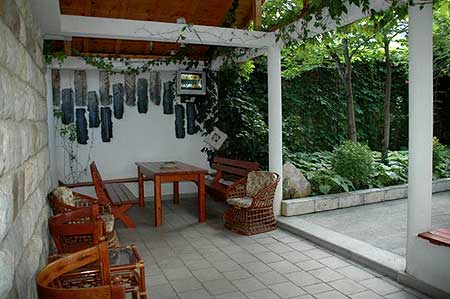 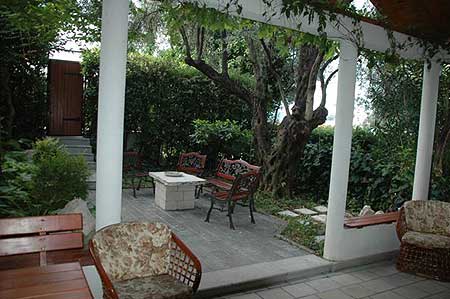 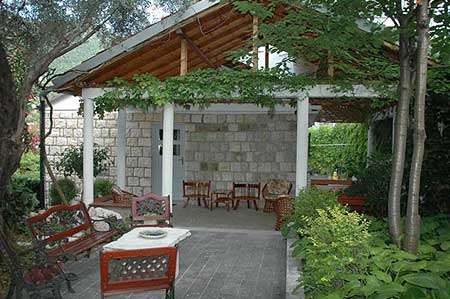 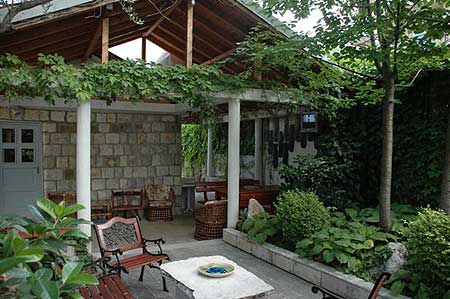 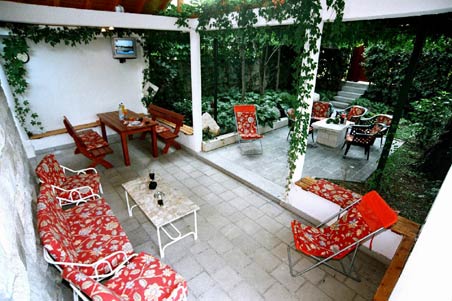 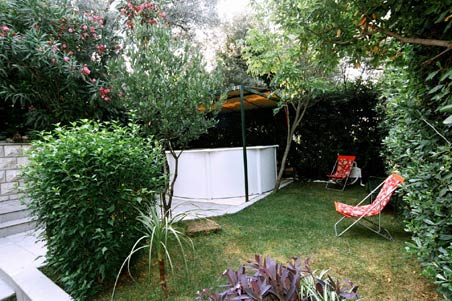 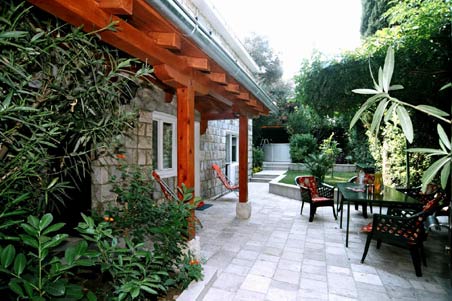 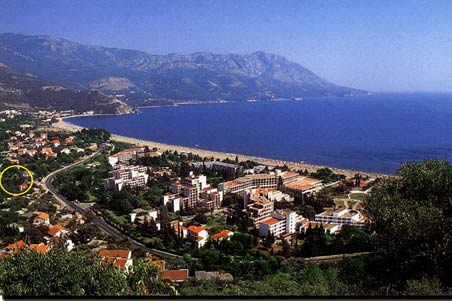 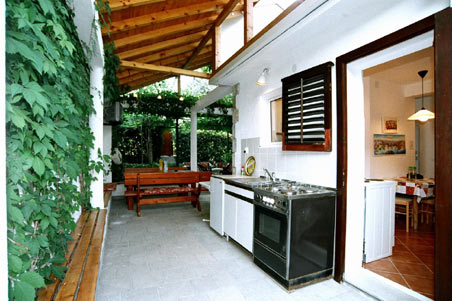 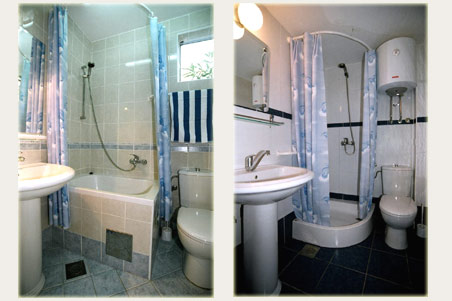 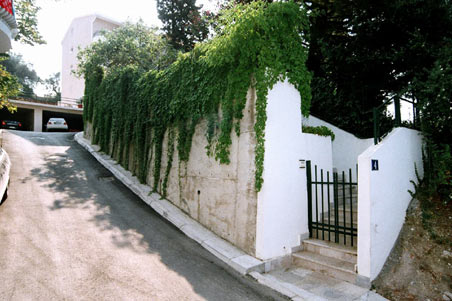 Old stone house which is situated in the rear of the famous beach Bečići, and has a good location, is rented as a whole, because the position of the yard and dense greenery separate it from the surrounding. The best option is when it is used by one family or group of friends.

The house is completely renovated and contemporarily equipped, but it has kept an authentic atmosphere. It's size is 120 m2 , and size of the yard is around 350 m2 . The capacity is up to 10 adults in five double-bedded rooms.

The yard consists of  2 half levels. Dense greenery gives a feeling of tranquility and isolation. It has multiple terraces equipped for different purposes and a swimming pool in the lower yard.

The house also has two levels. The first, smaller level consists of two connected double-bedded rooms - one of them has a mini- kitchen and a bathroom. These rooms have terrace which is paved with stone, and above it there is a grapevine trellis. The second level has three double-bedded rooms of which one is equipped like a living room - with armchairs and a stereo , a floor lamp, etc. There is also a kitchen with a dining room which is fully equipped ( range, dishwasher, big refrigerator with a freezer and all necessary home furnishings including mixer etc. ) two fully equipped bathrooms - one of them has a separate WC.

In front of the house there is a big terrace, with a sitting set - a two-seater and armchairs, and a big wooden table with benches suitable for outdoor meals. Nearby, also under the eaves, there is a very useful discretely set exterior kitchen. There is also a TV set on the terrace.

On the terrace near the two century old olive tree, there is a low stone table and comfortable armchairs. It is everybody`s favorite resting place at any time of day and night. The garden is nicely arranged. Dense greenery is made of hedge, laurels, cypress, grapevine, climber, lawn, blooming oleander, Mediterranean bushes and season flowering plants. In the evening hours the impression is completed with discreet garden lighting.

The house is safely enclosed, it can be approached from two sides and has gates which are locked during night. It has a bell and installed interphone. Parking lot is provided in front of the gate on the upper side of the house.