Krapinske Toplice is a tourist centre famous for its thermal-mineral water springs, which constitute the basis of development of tourism. The thermal spa dates back to Roman times (Aquae Vivae). Construction of the sanatorium started in 1772, when it also received its first guests (spa Dubrava) and in 1808 another spa was built, Rukavina. Upon the purchase of the entire complex, in 1862 Jakob Badel started to build several spas - Jakobova, Marijina and Pucka, as well as a hotel, a restaurant and a sanatorium building. He also had the park landscaped. Construction works within the spa continued not earlier than 1956, when the hospital department for treatment of rheumatic diseases and orthopaedic rehabilitation was opened. The water temperature is 39 °C to 41 °C, with a daily capacity of 5,600 hl. The water is radioactive and extremely rich in calcium, magnesium and hydro-carbonates. Both water and medicinal mud are used for treatment of rheumatism, gout, sciatica, muscular troubles, chronic inflammations, heart diseases, nerve disorders, post-infarction and post-surgical states, metal-poisoning, etc.

Krapina is knwn all over the world for the culture od Homo sapiens neanderthalensis, one of the progenitors of the human race, whose remains, from fifty to one hundred and thirty years old, were scientifically explored by professor Dragutin Gorjanovic Kramberger in 1899. Reconstructions of prehistoric men are situated on Husnjak Hill near Krapina.
Near the site of Husnjakovo, there are a park with wooden sculptures, Forma prima and a lake, Dolac. 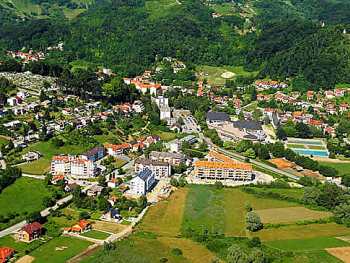 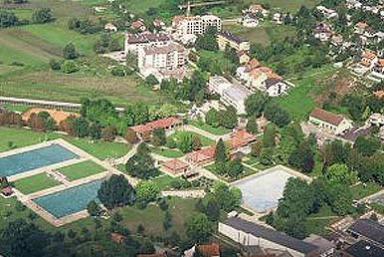 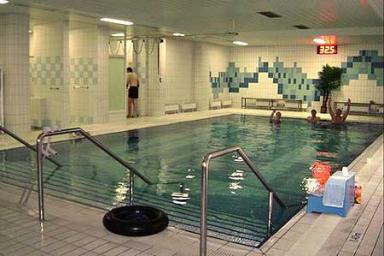 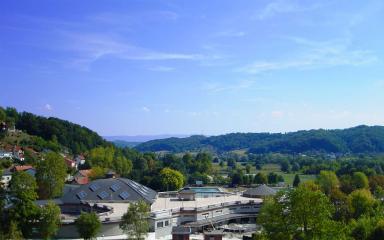 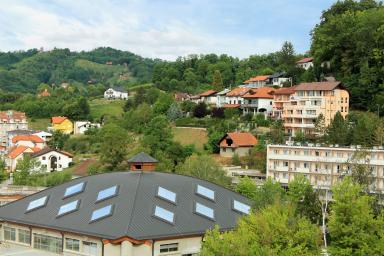 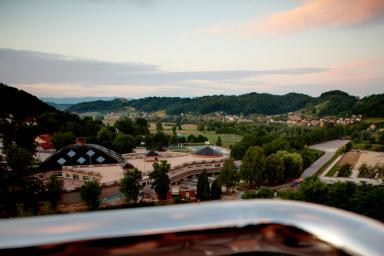